What is Autism Spectrum Disorder or ASD?

According to Autism Speaks (n.d.), autism, autism spectrum disorder, or ASD is a range of challenges related to social skills, repetitive behaviors, and communication. Even though researchers are still trying to understand ASD, it is believed that ASD comes from genetic and environmental factors. People with ASD tend to learn, think, and solve problems differently from neurotypical people. People with ASD may need very minimum to high levels of support to function daily. No matter what level of support is needed, people with ASD are very capable of having a functional and successful life.

Since becoming aware of ASD, I often look around and wonder how many people in our community have ASD. How many people have undiagnosed ASD? How many of them are living on the streets or participating in risky lifestyles? How many of them have found it difficult to function in society? How many of them self-medicate to help cope with or maintain their anxiety and depression? According to the Diagnostic and Statistical Manual of Mental Disorders (2013), African Americans are more likely to be underdiagnosed or diagnosed late with ASD in the United States. This is due to expected cultural, economic, and social norms within their communities. Males are four times more likely to be diagnosed with ASD than females due to stereotypical signs of ASD. Females may not express their symptoms of ASD like their male counterparts. Females also may not show symptoms severe enough to require a diagnosis.

After my daughter was born in September 2020, my 18-month-old son at the time could only say about three to four words. A couple of weeks after our daughter was born, I began noticing that my son’s words began to decrease. I remember reading about older siblings experiencing regression after a new baby was brought home. The older sibling, for example, could lose some of their speech. About a month after my daughter was born, I reached out to my son’s pediatrician to voice my concerns, but the pediatrician reassured me that my son’s level of speech was appropriate for his age. Another month or two went by and my son’s words continued to decrease and my concerns continued to increase. By this time, I kept coming across autism as a possibility on the internet. The idea scared me so badly that I began battling anxiety.

In January 2021, I reached out to the pediatrician again with my concerns, and he asked me to bring my son in to do a standardized assessment. According to that assessment, my son was missing several milestones including speech. The pediatrician suggested that I have my son seen by our county’s child and development specialists to be assessed to see if there were any development concerns. That night my husband and I immediately started testing our son in different areas, to see what he could do. Over the next few weeks, my husband and I worked with our son to get him caught up on meeting some of his milestones. Out of everything we worked on, my son’s speech and language continued to be very behind. In the meantime, we decided to put the county assessment on hold to see if my son’s lack of exposure due to Covid, contributed to his missed milestones.

Checked for Other Possible Reasons

In addition to working on my son’s milestones, we also took him to have his eyes checked by an ophthalmologist, his hearing checked by a local hearing center, and his mouth checked by an ear, nose, and throat doctor. I read that if any of these areas had issues they could interfere with a child’s growth and development. His hearing test came back normal, but his eye exam showed that he had nearsightedness and astigmatism in both eyes. My son would need glasses, so I thought “okay, well maybe this is why he was so delayed. Maybe he can’t really see very well to learn how to speak and function in his environment.” I also read that some children were delayed in their speech due to hearing loss or needing glasses. After working through some setbacks in getting our son’s glasses, he finally got his glasses. I was so hopeful and thought that we would start to see a change. My son was very resistant to wearing glasses, but we were patient with him.

During the summer of 2021, I went ahead and reached out to our county’s child and development specialists, who conducted their assessment virtually, since we were still in the throes of Covid. They determined that there was a possibility of autism, but wanted to be sure. They made me aware that they could not diagnose him, but that he would need to be seen by a developmental pediatrician. I reached out to my son’s pediatrician for a list of developmental pediatricians. From that list, Kennedy Krieger was their first and best recommendation. We were warned that this could take several months, especially since they were getting caught up due to Covid. For most of 2021 and the beginning of 2022, my husband and I both had a lot of fears about our son and his future. We felt so alone and didn’t know where to turn. We both went on Google to read about ASD and tried to explain away the possibility of ASD. It was a very scary time for both of us.

While we waited for our son to be seen by Kennedy Krieger, my son was enrolled in our county’s Infants and Toddlers program. Within the program, he would receive special education, speech/language therapy, and occupational therapy. The teacher wanted to see if his interaction in a school setting, with other children, would improve his social skills, speech, etc.

A few months later, we received a call from Kennedy Krieger to bring our son in for his assessment. It took seven months before my son was seen by them. The assessment took two days, with an additional day to meet with the social worker, who provided a helpful list of resources. On the first day, my son was assessed by a speech and language therapist and then by the developmental pediatrician. On the second day, my son was seen virtually by an occupational therapist. All the professionals we met with that week agreed that my son had ASD. When I first received his diagnosis, I was both shocked and relieved to receive the news. On the one hand, we had some answers, but on the other hand, I knew we were entering a world of the unknown.

We continued to move forward in our county’s Infants and Toddlers program, but just a few weeks later, my son transitioned to our county’s Child Find Program or ECI program once he turned three years old. During my son’s transition meeting, their psychologist completed their assessment of my son and disagreed that he had ASD. She requested that we hold off on listing my son as having ASD in his Individualized Education Program (IEP), but instead use only his secondary diagnosis of a Developmental Delay. I agreed to this, especially since they said it would not change the level of service he would receive.

Towards the end of the school year and through the summer, my son also received virtual Speech and Language therapy once weekly. In addition to these services, I signed my son up for in-home Applied Behavior Analysis (ABA) services. After two attempts to get an ABA Tech that we liked, my son began his therapy after school in our home for 30 hours a week. After about a month we decreased the hours to 20 because the amount of time recommended was too long and intense for my son and my family. After a month and a half, we decided not to continue with ABA therapy. The services and their methods were clearly upsetting my son. My son began behaving in an irrational manner, so we promptly ended services. At this time, we have decided to explore other ABA options at another time.

At the time of my son’s diagnosis, the developmental pediatrician also suggested that I have my daughter evaluated for ASD due to her delayed crawling, standing, and walking and since she now had a sibling diagnosed with ASD. In the meantime, she too was evaluated by the Infants and Toddlers program and met the criteria for services. Since her evaluation, she has received physical therapy to help her walk and special education services to help with her speech and communication skills. At the beginning of the 2022 school year, it was determined that she too would benefit from a community-based setting. She now receives special education instruction, physical therapy, speech and language services, and occupational therapy. After waiting five months to be evaluated for ASD by Kennedy Krieger, my daughter completed her evaluation over a span of two days and she too was diagnosed with ASD.

I am sharing our experience to let you know that you are not alone. Please do not allow your stubbornness and pride to get in the way of a possible diagnosis. If you feel like your child is not developing as they should, speak up and ask for help. The earlier a developmental challenge is caught, the sooner it can be addressed. Depending on the diagnosis, if any, there are a lot of services and resources available to help. Feel free to reach out to me if you need some guidance on where to look for additional resources. I will also have some resources listed below as well. Be blessed.

Autism Evaluations in Maryland for Children

Other Helpful Resources for Children with Autism

Welcome to my site! 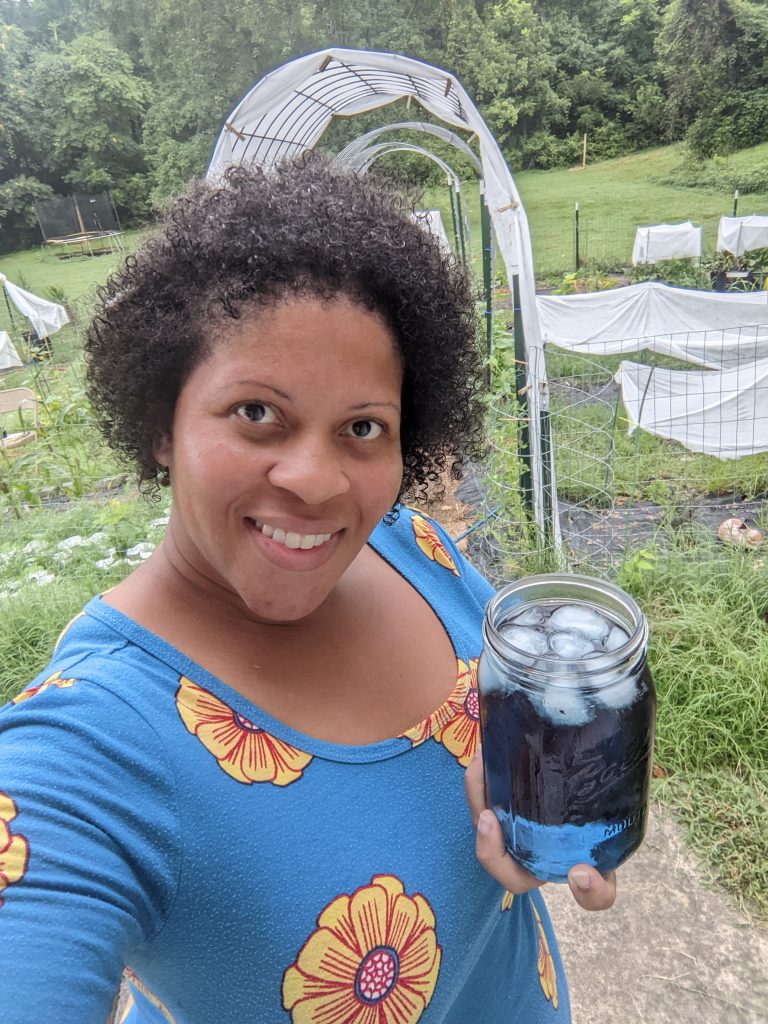 My name is Melissa Spriggs. I am a wife and mother to two. A soap and skin product creator. A lover of all things natural. A garden lover. A Trim Healthy Mama Certified Coach. A lover of Jesus and His Word. An all-around student of many things. Read more here.